Since we all are teachers, whether ultimately "our own teacher", teaching others privately or teaching the youth in a school setting such as Middle School, High School or College level, I will be gearing FixYourBrass to include teachers and performers. My posts will have various "topics" (Range, for example), with information for development and maintaining these categories as well as problems that may arise. The posts may be followed by my own "comments" and as to solutions to these problems watch for follow-up posts. So please add your own comments as to create a dialogue regarding said posts as well as any "personal problems" that I can help with. Looking forward to this exchange.

Go to www.pivotalk.com for a complete review of this event.
Click on "Downloads" and NEW Review will be available! As simple as that! Please comment on what you find there.

Posted by FixYourBrass at 4:01 PM No comments:

Terell Stafford helps train the next generation of Jazz greats

Terell Stafford helps train the next generation of Jazz greats
Posted by FixYourBrass at 8:46 AM No comments:

Approach placement with the instrument in the exact playing position.

All too many performers bring the instrument to the face with 1) the bell lower than the playing position and raising the head during the initial inhalation, 2) with the bell higher than the playing position, lowering the head simultaneously during the initial inhalation, and even 3) changing the playing position (angle) with each and every interphrase inhalation. When the attack or "blow" is initiated from any of these inhalation faults, the instrument (mouthpiece) literally "crashes into the lips, not only causing injury over time but causing missed placements and many missed initial attacks - all frustrating and destructive! One of our great trumpet players caused just such destruction over time by one or several of these mannerisms.
Posted by FixYourBrass at 10:20 AM No comments:

For the past 10 years I have been offering Video Lessons on my website by receiving a VHS or DVD with prescribed instructions for me to analyze and recommend mechanical/musical corrections. Although this service is still available, recent technologies have made it possible for me to offer “live” on-line video lessons.

2.An internet connect with broadband or fast ADSL.

4. If the mic on the webcam is distorting, purchase another microphone to plug into your computer.

5. Payment options: Have a Paypal account or be sent an Invoice.

The initial Skype lesson requires a payment in advance of $200. This will include the initial lesson fee of $100 for the Orientation & Analysis and a follow-up 1 hour lesson, to be scheduled no sooner than 2 weeks after the initial O & A and within 2 months following O & A. (This is necessary for both teacher and student to make sure procedures are being carried out correctly and to add material as progress shows from initial lesson).

You may request an Invoice before the lesson commences or personally go to Paypal and make the payment.

Paypal the appropriate fee to dhsheetz@gmail.com or contact this email address to request an Invoice prior to first lesson. 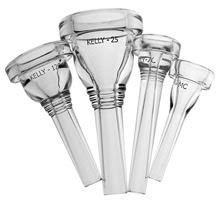